Cruising is a great vacation for the value and ranked as one of the top vacation experiences! Whether planning your honeymoon, family vacation or group retreat, Chappell Cruises and Travel can find the cruise that fits your budget and needs. Pick your destination based on climate and time of year, choose a convenient location to leave from and pick an itinerary that fit your interests. Let us help you choose the one that’s just right for you.

Cruising entails exploring the world while unpacking only once. Cruises also provide a wonderful option for families, with many ships amenities offering waterslides, mini-golf courses and fun clubs for kids and teens — all for free.

What is included in the cruise pricing?

The cruise fare includes your accommodations, meals, room service, on-board activities, live entertainment, fitness centers and transportation to picturesque destinations. Additional cost may include drinks, specialty restaurants, optional shore excursions, and spa services. Cruises are ranked as one of the top vacation experiences because they provide travelers with the best value. With pools, around the clock entertainment and live shows, spa and fitness centers, shops, and more bars and restaurants than you can count; there’s always something to keep you busy on your cruise.

When is the best time to cruise?

The ideal time frame depends on numerous factors, such as how much you want to spend, the type of weather you prefer and whether you will be bringing children along. You can cruise the Caribbean year-round but the best time to cruise weather-wise is usually not the most economical. The bargains are typically during the late summer and fall during the off-season and while children are still attending school. Some inexpensive rates are also found between mid-April and the end of May.

In essence, the best time to cruise is late June through August; February through mid-April.

Ready to book your cruise?

Chappell Cruises and Travel have exclusive relationships with all the major cruise lines which provides us with the latest deals and promotions. Plus, we can arrange your pre and post cruise, shore activities, tours and air transportation, so you can pack and go! Contact an agent @ 770-257-7008 to learn about the latest deals and special offers!

What to pack for the cruise?

Would you like to know the closest cruise port to you or preferred destination? The cruise ports are conveniently located on each coast of the United States. Need more information on the port? Click link below to visit the cruise port’s website. 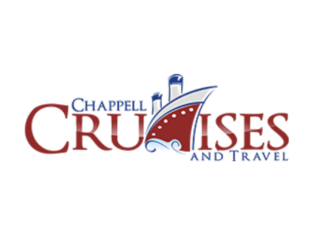 Made with ❤ by Technically Beautiful